Gelegele Town (Gelegelegbene) is accessible by Land, Air or Sea.

Gelegele-Gbene Community like any other Ijaw Community is headed by the most Elderly Male indigene called the AMA-OKOSUWEI and assisted by the AMA-OKOSU GBOLUWEI, AMA NANAWEI, AMA BAWEI, AMA DIWEI, IKASI-TEBEWEI, OGUN BOLOWEI, TORU-DIWEI, ERU KARIWEI and many other traditional titles. However, evidence and events have shown that the only overlord, influence/control wielded over the Gelegele people is an Ijaw influence under the Traditional ruler/overlord of the Olodiama Kingdom. 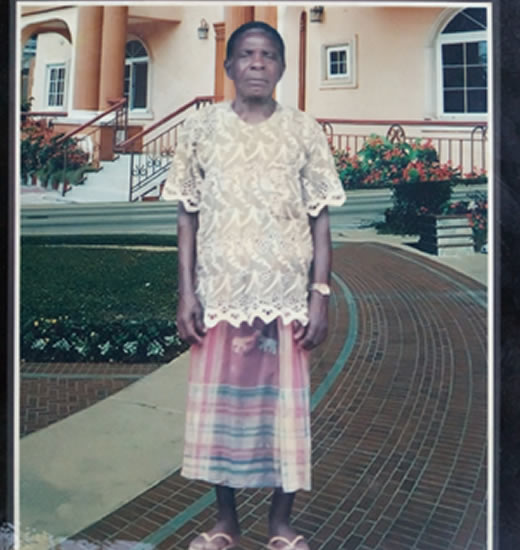 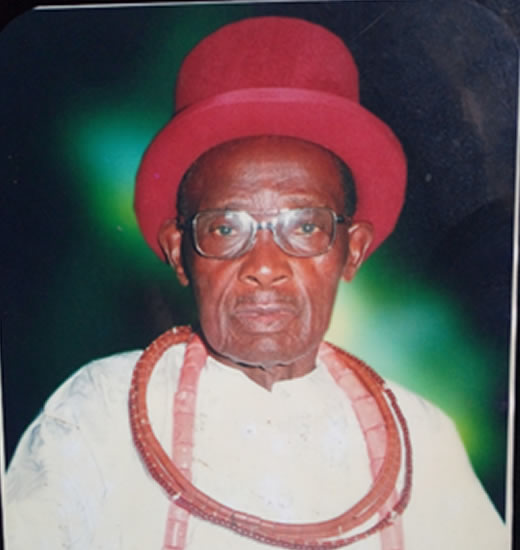 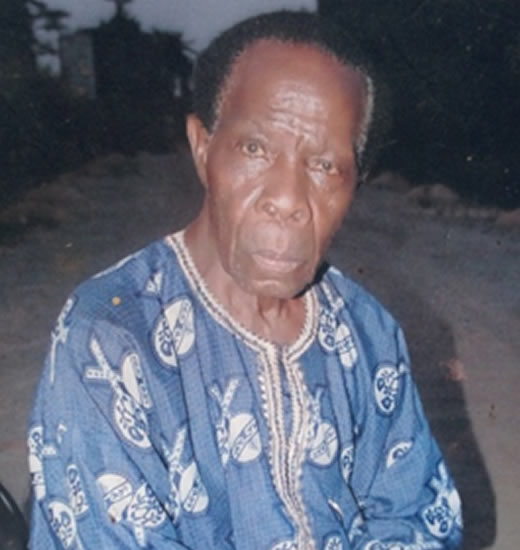 Some Past Executive Chairmen of Gelegele:

The Gelegele people speaks the Izon language of the Olodiama Kingdom in Edo State that is similar in all ways to other Ijaw speaking communities, their dressing and cultural belief bears No Similarities with that of the Ughoton (Binis) or any other people, and their festival include: By way of digression into the Benin history as to further buttress the ownership of Benin and existence of the Ijaws of Edo State, the Late Dr. Jacob U. Egharevba, an eminent traditional historian who himself is a Bini in his book titled “A Short History of Bini” Third Reprint; 1968 page 1, submits firmly as follows:

“Many, many years ago, the Binis came all the way from Egypt to found a more secure shelter in this part of the world after a short stay in the Sudan and at Ile-Ife, which the Benin people called Uhe… Tradition says they met some people who were in the land before their arrival’’.  The Ijaw people of Edo State were the original inhabitants of Benin. Benin or Bini is an Ijaw ward, which means “Water”

According to E.A. Kenyo in his book “The origin and Title of Yoruba Rulers” Page 3.  He wrote about:

“The New People” the bini thus” Up till this time of Oba of (Benin) and his people were pure Yoruba and did not understand the language of the Aborigines who usually saluted themselves and the new people thus:  “A Doo” “Dolo O” and wherever the Oba’s people saw these aborigines they used to call them “Ados” from were the name Edo was taken.  The Adoo is an Ijaw prayer greeting from the root “UNDO” meaning “may you live long”.

“Whichever of the “Slave River” the Portuguese frequented, the people they first met would have belonged to the Ijohs (Ijaws) which dominated the coastal belt swamp forest, extending inland to a depth of 30 to 40 miles in this region”.

He went further to state in page 28 thus:  “The Bini Edo lived now as they seem then, outside the swamp forest area… and there is no reason for believing that it ever extended to the coast.  Nor are the Edo of Bini ever river farers or canoe men. It is on record that Late Oba Akenzua II of blessed memory sent the then crown Prince Solomon Akenzua now Oba Erediawa in 1953 to Ikoro to represent him in the installation of the Pere of Olodiama (the traditional head of the Ijaws).  And it is sad and painful to note that since Oba Erediawa came to the throne he has not allowed Gelegele people and any other Ijaw speaking tribe/people to have peace, claiming the Ijaw Land in Edo State as Bini Land

REASON FOR THE CLAMOUR AND ATTEMPT TO PARTITION GELEGELE COMMUNITY

The Benin Monarch has often time planned to assimilate Gelegelegbene Community into Benin Kingdom by installing Bini Tittle called Odionwere, and Okao. This move by Oba Erediauwa is to have a share of the abundant natural resources (Gelegele Forest Produce, Timber, Oil & Gas, Solid Minerals, Sand, Clay and Rich Water Resources) at Gelegele and more so as the Federal Government of Nigeria, Trans-National Oil Companies and the International Community have all beamed their developmental search light on Gelegele community. The shared vision of Gelegele people is to develop Gelegele community into a Super-Mega City that shall be the hub of Commerce and Tourism not only in Nigeria but in the entire African Continent. This is the vision of our forebears. This vision as started speaking and manifesting in Gelegele community, hence the move by the Oba of Benin and his Bini people to annex Gelegele community as part of Benin kingdom. This is also the reason for the numerous court cases and frequent and incessant attack on Gelegele community by the Oba of Benin and his Bini people.

GELEGELE LINKED TO THE BENIN MASSACRE

In December 1896, Captain Philips and others British soldiers enroute to Benin through Gelegele (Gelegelegbene), having obtained passage right from the then Ama-Okosuwei of Gelegele, while on their way, they were killed at a Bini Village called URHUOKHOKHO and their bodies were buried in a mass grave in a piece of land situated between Ugbine and Urhuokhokho Village. The Large canoe boat brought by Captain Philips and his men to Gelegele is lying buried under debris under the seabed at Oputorukubu waterside of Gelegele.

As a reprisal to the killing of Captain Philips and his men, in February 1897, the British government decided on an immediate action. Admiral Rawson and 530 men, half being European Sailors and the rest Africans landed in Gelegele from Forcados.

The force under Admiral Rawson completely razed down Benin and took the Oba of Benin, Oba Ovoramen through Gelegele (Gelegele-gbene) Community to Calabar. This is the famous “Benin Massacre” of 1897. However, the British and the Portuguese people respected the people of Gelegele and even had to obtain permission from Gelegele before passing through Gelegele.

The House below is one of the Oldest Church building in Nigeria, were Captain Philips and his Men Worship God before the Benin Massacre took place, is still standing in Gelegele Town, Edo State, Nigeria. 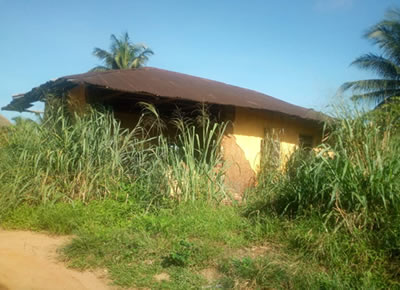 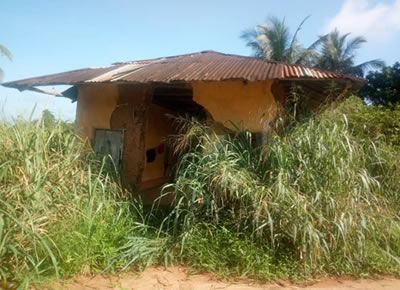 The rest story about the Benin massacre is history. The road from Benin to Gelegele is known among the local people along the route as “OVERSEA ROAD”.  The local people believe that through this road you can get to any part of the world.

THE OCCUPATION OF GELEGELE PEOPLE SOME IMPORTANT LAND MARK IN GELEGELE FOREST RESERVE
The biodiversity conservation project in Gelegele forest reserve is one of the largest
Some Pictures of Gelegele Forest Reserve in Edo State. Nigeria 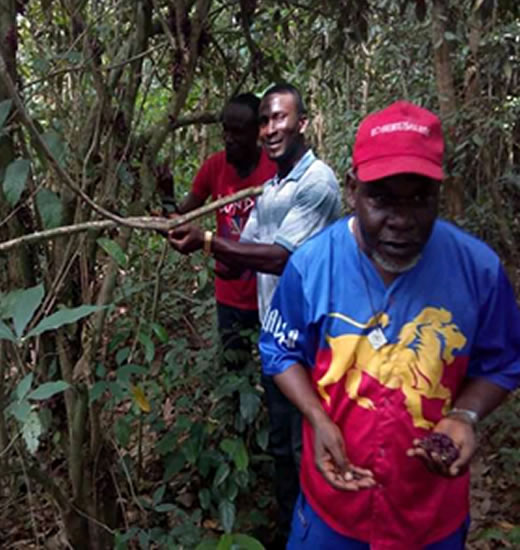 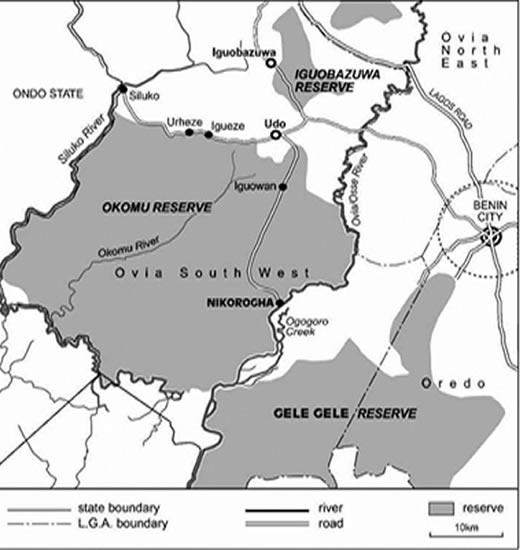 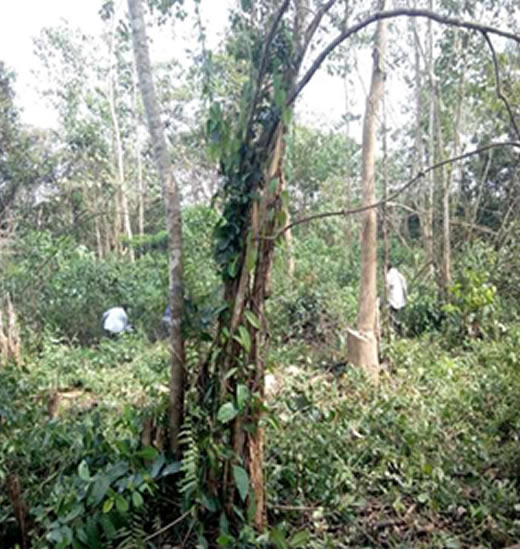 There is a legislative devolution of power from Edo State Government to the communities within and around the forest who depend on the forest for their livelihood. The forest reserve is named after Gelegele. By extension it makes Gelegele community the original owner of the forest even before the advent of the colonial master.

Gelegele has a landing Jetty built by the then President of Nigeria Alhaji Shehu Shagari administration in 1980/1981 for the transportation of goods and service to other parts of the world by sea.

It is in this vein both former President Olusegun Obasanjo and Dr. Goodluck Ebele Jonathan of the federal republic of Nigeria proposed a Seaport at Gelegele. But it is regrettable that the present Governor of Edo state Godwin Enogheghase Obaseki in his bid to continue the seaport project being a Bini man intends to change the name from Gelegele Seaport to Benin-River Seaport or Benin City River Port which has caused controversy in the area. This is also attempt by the Oba of Benin and his people to annex Gelegele